The coming Nativity of Our Lord 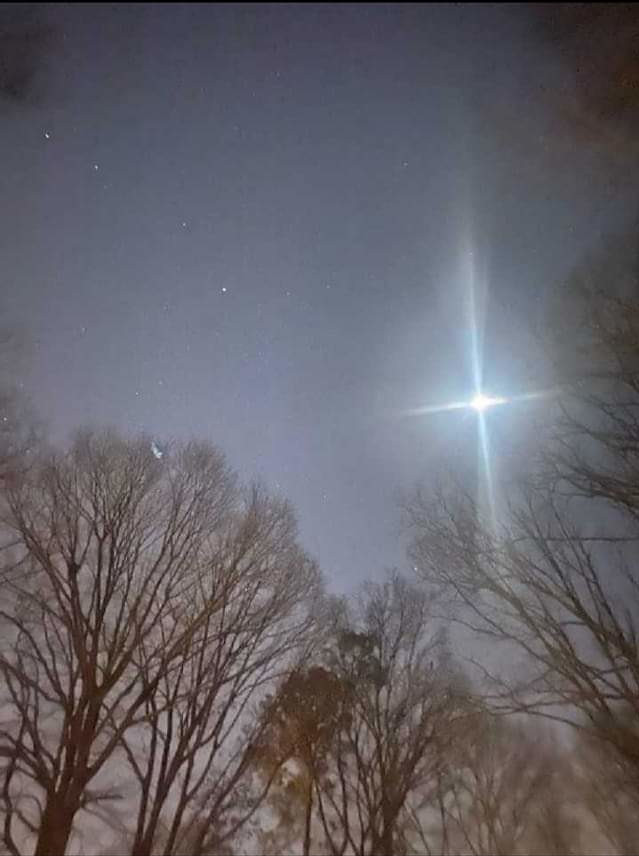 The celebration of the Nativity of Our Lord is almost upon us. Last night was the Great Conjunction of 2020. A friend’s niece who lives in Virginia took the picture above. I don’t know if she added the lens flair or it just came out that way. It does make a statement for this time of year.

I have seen on some of the other folks I read, links to Advent and Christmas music. I thought that I would add to this. First is my favorite Advent hymn:

The next I heard over at Chant du Départ. It was the version by Sting. Having a bent more towards the “classical” sounds, I give you this rendering of the Basque carol:

But if you want a more authentic version here it is in Basque:

And finally for your joy and appreciation, the Irish Wexford Carol. The first is by Alison Kruass. When she sings some things, I think she has the voice of the Angels; this is one:

Here is a more traditional rendition by The Palestrina Choir of St Mary’s Pro-Cathedral, Dublin, Ireland.

Even in such dark times as we may be entering, this music brings joy to me and maybe also to anyone who stops by and listens.

A very Merry and Blessed Christmas to all. The Light came into this world to push back the Darkness.

I was thinking of posting about SpaceX today after what they were supposed to do over the weekend. I am a fan of SpaceX and their efforts to lower the cost to get to outer space, the Moon and Mars. But to my disappointment Space X cancelled their Falcon 9 Starlink launch yesterday evening so I decided not to post on that subject. The Silicon Graybeard has an excellent article on the current state of things SpaceX.

So what to post about? Ah, ha! We have an over abundance of fresh fall tomatoes from our 2 (yes just 2) vines we planted last spring. We almost pulled them up in August but there were a few late summer tomato scraglers. We (Mrs. BillB and I) decided to turn them into tomato sauce for pasta. So here goes the first (or maybe last) “Cooking with the BillBs” (hat tip to LSP).

There isn’t going to be any peel in this sauce so we had to set about peeling these things. We used boiling water and an ice bath to loosen the skins and then stop any cooking with the additional outcome of making them easy to handle. Quite a pile of tomatoes, if I dare say; I weighed them and there are about 5 1/2 pounds.

We used our basic pasta sauce recipe that we created probably 15 years ago to take care of a bunch of fresh tomatoes and fresh basil using what was on hand in our kitchen at our little ranch of the time. In addition to the tomatoes we use olive oil, onion, garlic, sweet basil, oregano, dry vermouth, salt and black pepper.

We sauteed the onions, garlic, sweet basil, oregano, salt and black pepper in the olive oil. Next the pot was deglazed with a 1/2 cup of that cheap vermouth. Then we tossed in the tomatoes. Brought the whole mess to a boil and took it down to a simmer.

So after a little while we moved over to the electric burner for simmering as, hey, our propane cooktop just burns a bit hot even on the smallest burner. It had to cook down for a while before being emulsified by the hand blender. Didn’t even have to adjust the seasonings (salt, sweet basil, etcl). Then into containers to cool before going to the freezer.

I do enjoy cooking. I had considered becoming a chef while in high school but events drove me to an engineering degree and the U.S. Air Force. Then again there were some events while on Active Duty that might have forced me out that caused me to consider again a career in fine food service. But things didn’t go that way. So I sit here in the Texas Hill Country enjoying retirement and cooking some of time. My wife is a good cook too though not maybe as experimental as I am. I hope for future installments of “Cooking with the BillBs”.

Another lane I may go down is “Food from Opa Willie” or something similar. Since this is the second marriage for both my Beautiful Bride and I, and my only children are my stepson and stepdaughter whom have me call them son and daughter, we (all of us) adopted the German familiar term for grandfather for me “Opa” since my surname family came from Germany around 280 years ago. To differentiate me from the sausage and smoked meats company in Fredericksburg, Texas I added one nickname from my given name of William.

A point of this post was to experiment with putting pictures in-line in a post. I think I figured it out.

“Hello World!” has become the universally used “first program” in many programming languages. Though WordPress is not as such a programming language, “Hello, World” has more significance here as I am just opening the door into the world of blogging.

This is my own blog, on my own site, on my own computer and at my place. The name references where we live. The header image above was taken by my beautiful bride and it shows the road we live on. This place is probably the last place I will live at. It is a new frontier that I enter since I retired from my many careers.

I hope to expound on life, living, Amateur Radio, cooking to include Texas Hill Country BBQ and many of my other interests. This blog will grow and change as I learn more of the ins and outs of WordPress (or whatever powers it) and can improve this blog’s and website’s performance.